Speaking with the great agents of the Coast Guard's multi-mission station, Miami Beach. 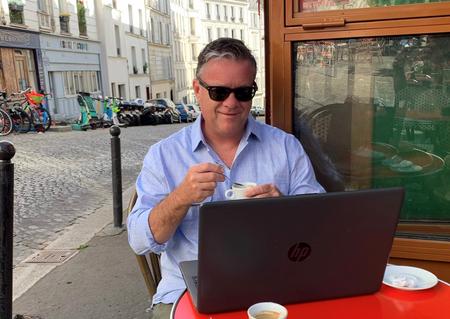 Receiving the FBI's Exceptional Service in the Public Interest Award. 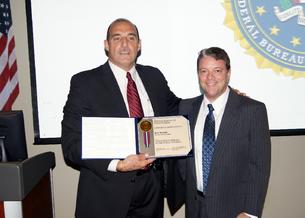 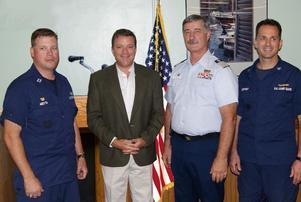 Rich is an award-winning author and optioned screenwriter. A recent project inspired by heists committed during hurricanes was optioned by 20th Century Fox and published as Storm Crashers, winner of Best Popular Fiction at the Florida Book Awards.

Rich enjoys speaking about creative crimes. He has presented at the FBI's InfraGard Counterterrorism seminars and at conferences in Las Vegas dedicated to accuracy in crime writing. He is the recipient of the FBI's Exceptional Service in the Public Interest Award.

From the other side of his brain, Rich's art and photography have been seen in print, in Forbes Travel magazine and exhibited in Ft. Lauderdale's Art Guild. He has performed stand-up comedy which explains his odd mix of suspense and laughs.

He and his family are regular visitors to any coast with sufficient hammocks and blenders.

From SIU Today
The Russian Mafia: A Rising Threat of Fraud and Violence

From National Underwriter
Summoning the Demon: New Trends with Cybercrimes

From National Underwriter:
High-Performance Boats and the Rise of Human Smuggling