Don't Be Home for Christmas

Why would a successful doctor and husband, leap from a ship in the dead of night? A fear of the Russian mob, or a more complex plan?

FIVE-STARS – “A spectacular thriller that will delight readers who love stories told inside out.” 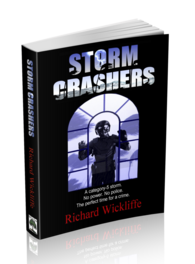 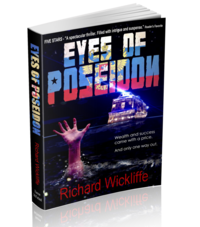 A young couple finds a bag containing a fortune off the coast of Key West. In a panic, they report it to authorities –but only half. The infuriated dealers send assassins to reclaim their money.

You think your holidays are stressful?
Kyle Colbert just wants to go home for Christmas. So why does everyone suddenly want to kill him?

Winner Best Popular Fiction and optioned by 20th Century Fox. The Storm Crashers are high-tech burglars who prey on wealthy areas evacuated for hurricanes. No alarms, no cops or witnesses -until now.